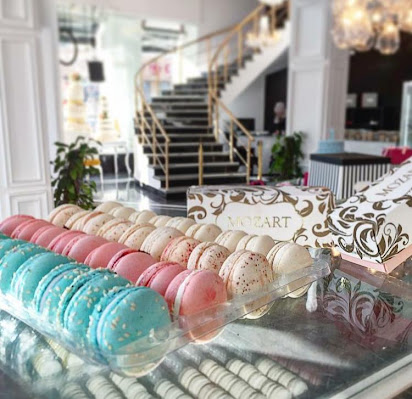 At a conference in Amsterdam earlier this month, Inas Al-Bahry, a young Libyan female entrepreneur, shared her story of how she started a successful business in Libya. The conference was organized by SPARK, an entrepreneurship and education focused non-profit organization based in the Netherlands and was attended by many experts in economic development,

Al-Bahry started her business a few years ago after noticing a shortage of high-end dessert options at cafes across Libya. Al-Bahry decided to launch her dessert catering business to fill that void in the market.

The young entrepreneur named her business, which produces high-end desserts, Mozart Catering after the famous Austrian music composer of the Classical era. Her company now employs around 200 people, most of which are from Bangladesh.

Al-Bahry managed to achieve economic success in a country that is going through major economic struggles, making her success very significant for the Libya which is experiencing so much civil unrest.

Half of Libyan youth, between the ages of 15-24, are currently unemployed, according to the International Labour Organization. The unemployment of Libyan youth has motivated many to create educational opportunities that will enable youth to create jobs for themselves.

Most Libyans aim to get a job in civil serves since they are presumed to be the most secure jobs in Libya.

According to the Libyan economist, Libyan entrepreneurs in the private-sector are facing major challenges due to political instability, civil unrest and an absent criminal justice system to put an end to the growing number of robberies.

Despite the challenges facing the conflict-ridden country, a program teaching undergraduates about entrepreneurship will be taught at Benghazi University in the next year.