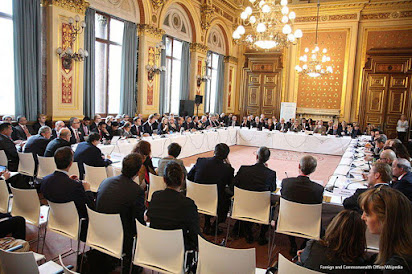 The United Nations said it has selected Maria do Valle Ribeiro as the new deputy head of the UN’s Support Mission in Libya (UNSMIL). Ribeiro will be replacing Jordan Ali H. Al-Za’tari.

Ribeiro has been with the UN for about 30 years, serving as UN Resident Coordinator, Humanitarian Coordinator and Resident Representative of the United Nations Development Programme (UNDP) in Libya, in addition to being involved with international non-governmental organizations.

Al-Za’tari has been tasked with the responsibility of serving as the UN’s Humanitarian Coordinator in Syria, pending approval of the Bashar Al-Assad government.

Ribeiro will work alongside the UN’s special envoy to Libya, Martin Kobler, who was successful in brokering the Libyan political agreement in December 2015 in Morocco.

This comes after the International Crisis Group (ICG) released a report warning of a worsening state in Libya if certain political attainments are not “reset”.

Following the Libyan uprising in 2011 a power vacuum was created, allowing various militia groups to take advantage of the situation by attempting to gain power and control.

Two main political powers are currently operating in Libya, the UN-backed Government of National Accord (GNA) based in Tripoli and the Tobruk-based House of Representatives, which is backed by Haftar. The HoR refused to give the GNA its support and without it the fledgling government will continue to face challenges in governing Libya.

The HoR will soon be voting on whether or not they support the new cabinet assembled by the GNA.