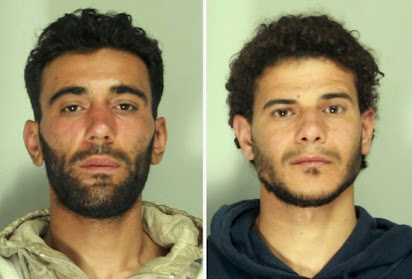 On Tuesday, an Italian court in the Sicilian city of Catania found a Tunisian man guilty of killing about 900 refugees on board a boat headed to Italy in 2015. The convicted criminal was charged with multiple manslaughter and was served with a sentence of 18 years.

This shipwreck incident has been described as being the worst disaster on the Mediterranean since World War Two.

A total of 28 refugees survived the shipwreck, which took place on April 2015. The bodies of the other refugees who were on board were found among the wreckage when the boat was lifted to the surface of the Mediterranean Sea by the Italian Navy earlier in the year.

Mohammed Ali Malek, 28, previously denied the claims that he was the captain of the boat and argued that he was passenger who paid for his spot on the wooden boat like all other passengers did.

In addition to the charges of multiple manslaughter Malek was also charged with human trafficking. Survivors said to investigators that the boat had sank because Malek did not know how to properly sail a boat.

In his plea Malek said to the judge, “I spent two years and six months in Italy and I have a young son with an Italian woman: I want to marry her and recognise the baby. It’s the truth. I’ve always told the truth. Just as I immediately gave (police) my real name, and told them I was a passenger.”

The boat that sank off the coast of Libya killed about 700 refugees when it sank because they were trapped on board. The wooden boat fell it its demise when it collided with an oncoming freighter, which was attempting to rescue the refugees on board the wooden boat.

The Italian court also convicted Mahmud Bikhit, a 26 year old Syrian man to five years in prison for his involvement in the horrible incident that took place spring of 2015. Bikhit also denied his involvement, however, some survivors came forward and testified that Bikhit was working for Malek.

Both Malek and Bikhit were fined with nine million euros each by the Sicilian court.