Home / Politics / The Ministry of Transportation assesses the damages of the Tripoli International Airport with Turkish companies to re-operate it.

The Ministry of Transportation assesses the damages of the Tripoli International Airport with Turkish companies to re-operate it.

The Ministry of Communications announced that a tour to assess the damages and needs of Tripoli International Airport, accompanied by a specialized Turkish company.

The ministry added on its official page, on Monday, that the committee examined some buildings, facilities, systems and devices at the airport to determine the feasibility of continuing to implement some of the contracted projects that complement the passenger terminal project or cancel some of the contracts concluded and implement new works to renovate the airport to be ready for operation after the completion of the implementation Passenger terminal.

It is worth noting that Tripoli International Airport was subjected to air and artillery strikes several times during Haftar’s aggression against Tripoli, which resulted in losses in some aircraft and the airport’s buildings.

Previous Human Rights Commission in Libya: Migrants in the eastern region are subjected to slavery.
Next Al-Mishri: The Moroccan meetings are to protect the lives of Libyans, and not to share power

The European Union expresses its hope that the “5 + 5” committee meetings will end in a comprehensive ceasefire.

Bashagha: We have detected legal violations issued by official bodies.

The “5 + 5” agreements to open roads and resume flights reflect the failure of the Haftar-Maiteeq agreement.

Al-Mishri: We are moving in the right direction to end the transitional stage, and we are looking to implement what was agreed upon. 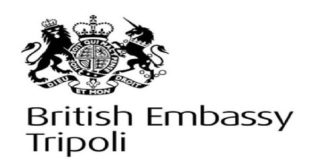 The British Embassy in Libya announced, on Wednesday, that it welcomed the joint “5 + …