The Justice and Construction bloc of the Supreme Council of State called for the adherence to the path sponsored by the United Nations; adding that parallel tracks  and initiatives that may disrupt consensus should be avoided.

The bloc praised efforts for consensus expressed by the Supreme Council of the State during today’s session during which they welcomed the initiative of the UN envoy.

The bloc also expressed support for the proposal of the Special Envoy of the Secretary-General of the United Nations, Ghassan Salame, according to the Supreme Council of the State’s last session. 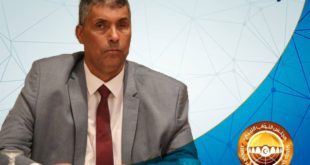 The member of the House of Representatives for Al-Jufra, Ismail Al-Sharif on Monday, called all …