(Republished from the Wall Street Journal) 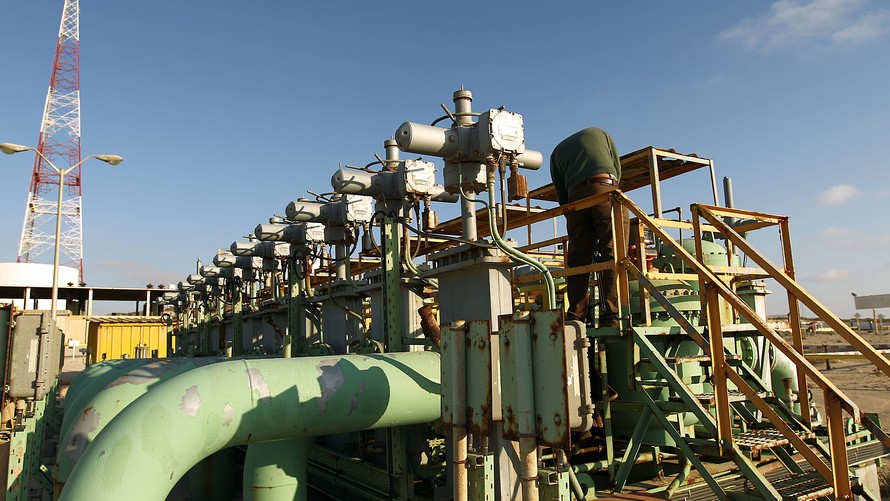 The oil terminal of Marsa al-Hariga is seen after Libyan rebels handed it over to eastern government officials in 2014.

A government that controls Libya’s eastern half said its oil company has loaded its first shipment of oil over the objections of the North African nation’s internationally recognized oil company.

If completed, the delivery would create a lucrative revenue stream to Libya’s eastern government at an awkward moment for the fragile peace process with the United Nations-backed unity government that rules the country’s western half.

The unity government has tried to take power, but it hasn’t received support from the militias that rule the country’s east.

Libya has been divided between east and west after a raft of militias took control following the 2011 ouster and death of dictator Moammar Gadhafi.

By Libyan law, all of the country’s oil must be pumped and sold via the internationally recognized National Oil Co. based in Tripoli.

The eastern government has created its own state oil company and has tried several times to export crude. But until now, it had trouble finding shippers and buyers amid fears of legal action by the traditional National Oil Co. The first shipment to leave Libya — 650,000 barrels of crude on Monday — was loaded at the Marsa al-Hariga port near the Egyptian border and is now sailing toward Malta, said a spokesman for the east’s oil company.

An expanded version of this report appears on WSJ.com.