Home / Politics / Radio France: Haftar and his sons use a private plane to smuggle gold to Turkey and the UAE. 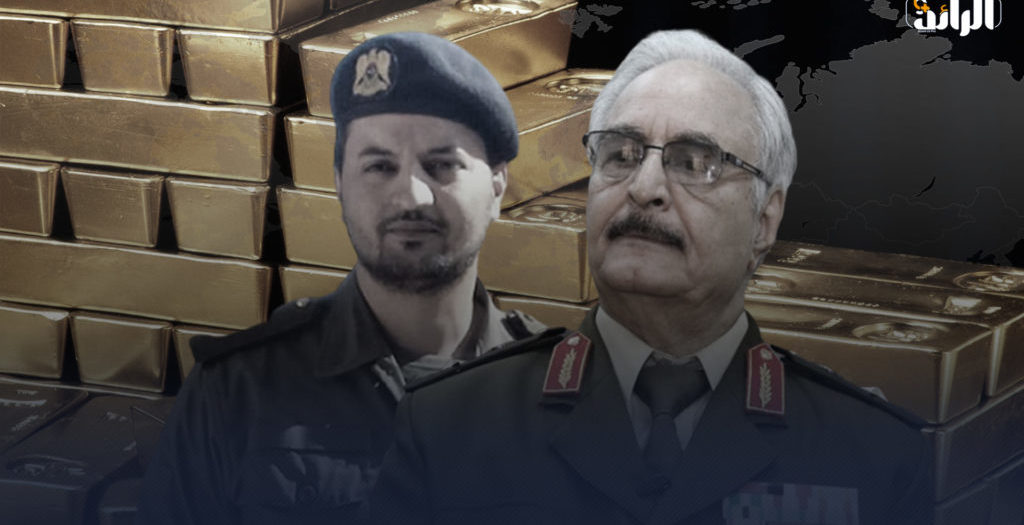 Radio France: Haftar and his sons use a private plane to smuggle gold to Turkey and the UAE.

Radio France International revealed that Haftar, his sons and some of the officers close to him are using a private aircraft of the type “Falcon-900” for trafficking, money laundering and smuggling of gold.

The radio said in a report that Haftar’s private plane landed twice in Turkey and the UAE last July to exchange gold bars for US dollars, in order to finance and preserve the military entity that he established in the Eastern Province.

The radio added that Saddam Haftar is known for selling scrap and oil illegally to Turkey, according to a report issued by the United Nations Committee of Experts, and smuggling earned him one billion and 500 million Turkish liras, and that most of the deals are through UAE banks.

It is worth noting that Radio France International revealed, last Friday, the arrest of a French couple in possession of 20 thousand euros of “rotten” banknotes stolen from the Central Bank of Libya in Benghazi in 2017.

0 Points
Upvote Downvote
Previous locations and rounds of negotiation … leading to the start of comprehensive dialogue sessions next November.
Next Bashagha appreciates the efforts of the mission and the neighboring countries to end the Libyan crisis.