The Philippine Foreign Affairs Ministry called on Sunday the Libyan authorities to work for the release of three of its nationals abducted by an armed group last Friday from a water plant.

The Philippine foreign ministry said in a statement that they were in contact with the Libyan authorities to locate the kidnapped nationals and secure their release.

The Philippine Embassy in Libya said that unidentified gunmen entered a construction site 500 km from Tripoli and abducted five foreigners, three of whom are Filipinos and four Libyans, before releasing one of the foreign workers and all the Libyans.

On Friday, an armed group stormed the Al-Hasawna water plant in Al-Jafara were four foreign technicians were kidnapped, three from the Philippines and one from South Korea.

Hawaili: The failure of the Cairo meeting was due to the Tobruk deputies’ insistence on amending the draft constitution.

Bo Metari: We do not have any accurate data on military spending in the Eastern Province.

A direct meeting that brings together the 5 + 5 Joint Military Committee on October 19 .. Does it carry new results? 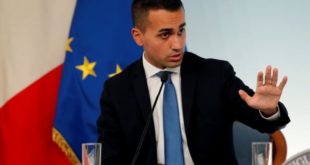 de Maio: We support the meetings of the 5 + 5 military committee for a ceasefire and the establishment of a demilitarized zone in Sirte and Al Jufra.

The commanders of the Volcano of Anger operation are calling for arrangements to enable them to participate effectively in political dialogue.

Field commanders called for Operation Volcano of Anger, to form a political team to participate …