Home / Politics / Observers: The Egyptian policy towards the Libyan file is witnessing a remarkable change. 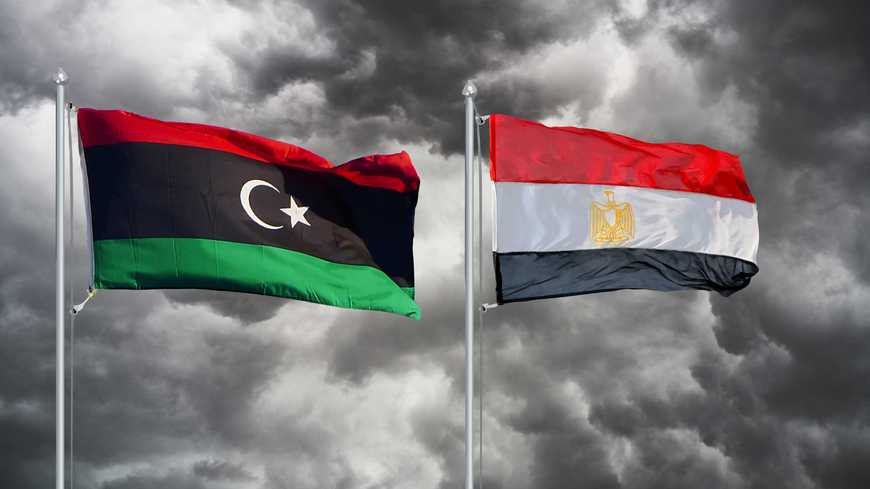 Observers: The Egyptian policy towards the Libyan file is witnessing a remarkable change.

A noticeable change has occurred in the Egyptian foreign policy regarding the Libyan file, especially after Haftar’s military loss and the end of his dream of controlling the country.

Egypt, which was one of the most important and prominent supporters of Haftar, has begun to change the direction of its compass to support the political process, stabilize the ceasefire, and return to political dialogue.

The committee in charge of following up the Libyan file with the Egyptian government called after its meeting with some Libyan personalities for the need to reach mechanisms to stabilize the ceasefire and push the political process under the supervision of the United Nations.

In their statement, the meeting stressed, in particular, the commitment to the Security Council resolutions, and support for the mission in holding political dialogue sessions, while stressing the importance of declaring a road map that specifies the dates for each stage, to finish the transitional period.

A solution for bottlenecks

Member of Parliament Abo baker Saeed clarified that several points had been agreed with the Egyptian Supreme Committee in charge of the Libyan file. In order to solve the bottlenecks and problems facing the people in both countries.

Saeed added, through his personal page, that among these points is the agreement to open direct flights from Libyan airports to Egyptian territory, facilitate the electrical connection between the two countries, and discuss facilitating procedures for granting entry visas to Egyptian territories.

The writer and political analyst Abdullah Al-Kabeer believes that there is a limited change in the Egyptian stance. The Egyptian regime cannot contradict the American plan. America’s initiative is based on fixing a ceasefire, returning to political negotiations, and expelling foreign forces.

In a statement to Arraed, Al-Kabeer explained that the regime’s openness to dialogue with political forces in western Libya is evidence of its desire to remain within the potential political settlement. To secure their interests, which might push them to abandon Haftar if they obtain sufficient guarantees from other political forces towards all their concerns, however, the Egyptian regime may relapse from developing its stance if the UAE and Saudi Arabia put pressure on them.

Journalist Ibrahim Abo Arqoub believes that the Egyptian policy towards Libya will change sooner or later, and that change will not be in the distant perspective, and that is why Egypt will have a positive role in Libya, when it makes sure that the military project that it supported for its interests is finished, and when it finds a reliable partner that keeps his pledges, I mean here the reconciliation government.

Abo Arqoub added, in a statement to Arraed, that the economic conditions that Egypt is going through in many crises and times, and the international circumstances surrounding it have made it hostage to the axes or entities, but it is trying to have a role in one of them, and that is why it will not remain captive while it is trying to get out of these axes at any opportunity.

In the same context, the journalist Ali Abo Zayd believes that the Egyptian side ignoring the talk about Haftar as a part of the upcoming political settlement, and emphasizing the need to agree on a constitutional basis that does not ignore what the “Sixty Committee” for drafting the constitution has accomplished is a clear development in the Egyptian stance.

Abo Zayd stated, in a statement to Arraed, that this statement indicates that the Egyptians are searching for a political role that guarantees their interests away from the project of militarization, which has become hopeless, especially in light of an international trend towards a settlement that produces a government of national unity that may reduce Egyptian influence in the East unless the Egyptian regime responds to it positively.

Previous In his steps towards fighting corruption … Bashagha introduces a department to combat financial crimes, money laundering and terrorist financing.
Next Russian “Nezavisimaya”: The eastern region protests made Haftar admit his failure.

Hawaili: We will form a committee to prepare forms for candidacy for sovereign positions.

“5 + 5” calls on the participants in the Berlin conference to implement their promises to remove the mercenaries.

Implementing the outcomes of the military agreement and expelling mercenaries, the first challenges facing the new unified government.

A strong message from Turkey to support the new executive authority in Libya: We will provide it with all kinds of support.

The UN Mission: The Economic Working Group has agreed to finance the urgent expenditures of the 2021 budget.

On Friday, the UN mission in Libya announced the agreement of the participants in the …