“No Military Solution” Said Chair of AU Meeting on Libya 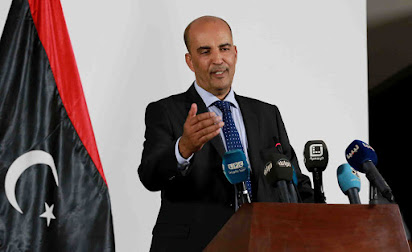 Musa Koni, a member of the Libyan Presidency Council, represented Libya at the AU meeting.

Representatives from African nations came together to discussion Libya’s situation and review regional and international support to the country. The president of Chad Idriss Déby Itno, who chaired the meeting said, “there is no military solution” for Libya.

Nkosazana Dlamini-Zuma, the commissioner of the African Union, added that the “dire situation in Libya cannot be allowed to continue.”

The meeting took place during a week when scores of refugees from various African countries drowned in the Mediterranean Sea soon after they departed Libya for Europe.

The refugee crisis in the Mediterranean region significantly worsened after the Libyan uprising in 2011 that brought down the Gaddafi regime. Around 4,220 refugees died on their way to Europe so far this year, the highest number on record, said the UN International Organization for Migration (IOM).