Home / Human Rights / NCHRL condemns local government of Al-Khams for not collecting bodies of illegal immigrants on its shores. 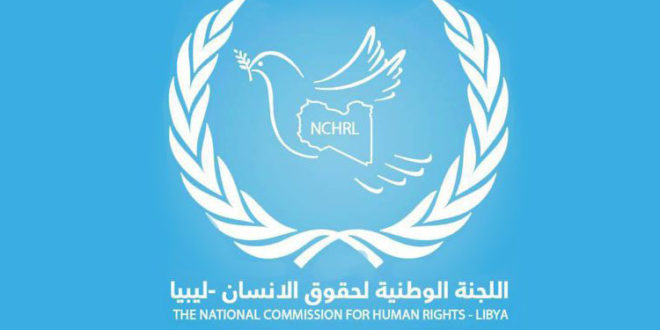 NCHRL condemns local government of Al-Khams for not collecting bodies of illegal immigrants on its shores.

The National Human Rights Commission (NCHRL) expressed its condemnation of what it described as the failure of the local authorities in the city of Al-Khams  to carry out their duty to recover the bodies of illegal immigrants deployed on the shores of the city.

On Saturday, the NCHRL issued a statement on its facebook page, stating that the local government of the GNA Government and the Municipal Council of Al-Khams are legally responsible for the bodies of migrants in the city. The NCHRL demands that the bodies be collected and buried in the cemetery for illegal immigrants on the outskirts of the city.

In its statement, the NCHRL appealed to all international organizations working in the field of illegal immigration to assist the local authorities in Al-Khams.

Previous Libya and Malta get ready to open air and sea passage between the two countries.
Next Month long LPA talks in #Tunisia end with no proposed date for next round

Destruction and mines make it difficult for the displaced of Tripoli to return to their homes.

After the arrest of saboteurs supported by the UAE and Egypt to destabilize Libya … terrorist elements in the grip of the Interior Ministry.

The cemetery committee, in Tarhuna, pulls out a skeleton from “Almsabha” area.

“National Oil Corporation” calls for the expulsion of mercenary from Sidra port to lift the force majeure from it.

On Wednesday, the National Oil Corporation demanded that all foreign mercenaries and armed groups leave …