On Friday, National Oil Corporation expressed great concern about the presence of Russian and foreign mercenaries in the Alsharara oil field.

The Corporation added in a statement issued by it, that a convoy of dozens of military vehicles entered the Alsharara field on Thursday, and to met representatives of the Guard of the oil installations.

For his part, the head of the National Oil Corporation, Mustafa Sanallah, said that we do not need Russian mercenaries or any other foreign mercenaries in the Libyan oil fields, they are only seeking to prevent the resumption of oil production, stressing the need for independent and professional national security forces that will facilitate the resumption of operations Production.

Sanallah affirmed, the continued payment of huge sums to foreign mercenaries to prevent the Corporation from carrying out its basic duties, stressing his categorical rejection of any attempts by any foreign countries to prevent the resumption of oil production.

Sanallah explained that a number of countries express publicly their regret that Libya was unable to resume oil production operations, but was doing its best to support the forces responsible for the closures in secret.

Sanallah stressed that the effects and losses will be enormous due to the catastrophic damage to the infrastructure of the oil sector due to erosion and the inability of the Foundation’s employees to perform basic maintenance operations, according to the Corporation’s statement.

It is reported that the National Oil Corporation announced in the last statistic of the losses resulting from the illegal closures of oil fields and ports, amounting to more than 6 billion dollars since the 18th of last January.

Previous Al-Shuweihdi: The countries that supported the coup led us to ally with Turkey.
Next Jumaa : More than 90 schools were destroyed by the aggression on Tripoli. 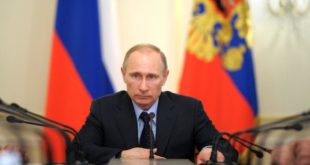 Putin: There is no alternative to a political settlement in Libya.

The American embassy in Tripoli welcomes the resumption of export of Libyan oil.

“Williams” welcomes the stance of Aqeela Saleh, in support of a permanent ceasefire.

The Turkish ambassador to Libya confirms his country’s support to build the army and police institutions in Libya.

Turkish Deputy Foreign Minister: The mass graves in Tarhuna are terrible and we continue to support the GNA.