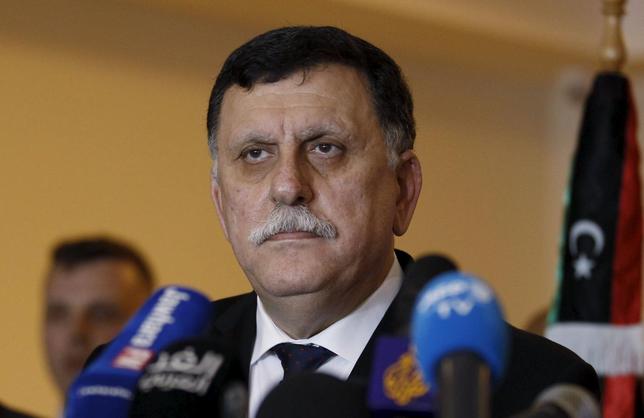 Libya’s U.N.-backed Presidential Council called on Saturday on the country’s institutions to begin a transfer of authority to a unity government, and appealed to the international community to stop dealing with any rival powers.

The Presidential Council is tasked with guiding through a transition to end the political chaos and armed conflict that have plagued Libya since the fall of leader Muammar Gaddafi in 2011.

Its statement suggests it will seek to take power despite continuing opposition from hardliners in both of Libya’s competing parliaments – the eastern House of Representatives (HOR) and the rival General National Congress (GNC) in Tripoli.

But the move drew immediate criticism from some members of the group that in December signed the U.N.-mediated deal for the creation of the unity government.

Western nations hope a unity government can help tackle a growing threat from Islamic State, which has used a security vacuum and political divisions in Libya to establish a foothold in the north African country.

The Tunis-based Presidential Council nominated a unity government last month, but recognition of the proposed cabinet has been held up by the failure of the HOR to vote to approve it.

It is also unclear when a unity government could move to Tripoli, where the security situation is still volatile and some armed factions may try to prevent it from operating.

However, the council said in a statement on Saturday that a document signed by a majority of HOR members backing the new government, as well as support from the group that signed the U.N.-backed deal, represented a “green light to start work”.

The council’s statement called on “all Libyan sovereign and public institutions and the heads of financial bodies to start communicating immediately with the Government of National Accord so as to hand over power in a peaceful and orderly manner”.

The Presidential Council also calls on the international community and international and regional organizations … to stop dealing with any executive power that does not follow the Government of National Accord,” it said.

Under the U.N.-backed deal, the Presidential Council would form the highest state body. The HOR would be the main legislature, with a second chamber formed from the GNC.

But efforts to move the plan forward have been hampered by disputes over the structure of the new government, the balance of power between Libya’s different regions, and the future leadership of the armed forces.

The Presidential Council has itself been divided, with two of its nine members suspending their participation and twice refusing to put their names to proposed lists of ministers.

After the latest failure of the HOR to vote on the unity government last week, U.N. Libya envoy Martin Kobler reconvened the Libyan Political Dialogue (LPD), the group that signed the December deal.

On Thursday, they urged the Presidential Council “to take all necessary measures to rapidly start working from the capital, Tripoli”, though they also appeared to call on the HOR to take further steps to endorse the unity government.

After the Presidential Council’s appeal for a transfer of power, ten LPD members said the council’s statement “relied on mistaken and confused interpretation”.

They said it was up to the HOR to approve the unity government, and that the chamber still needed to pass a constitutional amendment to adopt the U.N.-backed deal. Support for the unity government had to be broadened before it could move to Tripoli, they added.