Home / Politics / IOM voluntary repatriate over 10,000 migrants from Libya to their countries

IOM voluntary repatriate over 10,000 migrants from Libya to their countries

The International Organization for Migration (IOM) announced that the voluntary repatriation return program has repatriated about 11,000 migrants from Libya to their countries from January to July 2018.

The organization explained, on its official website on Saturday that it coordinates return flights in cooperation with the Libyan authorities, embassies and consulates of immigrant countries, as well as other international organizations.

According to the UN agency, the total number of immigrants and refugees who entered Europe via the Mediterranean reached 60,309 from the beginning of 2018 until August, noting that the number is half the arrivals on the same date of 2017.

The Voluntary Repatriation Return Program was launched in 2016 and is part of an EU-IOM initiative.

Previous Displacement Affairs Minister: We set up a site in Tawergha for Airport Road Camp evacuees
Next HOR member says priority now is to complete the constitutional process 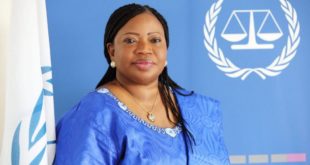 Bensouda: Al-Werfalli deliberately killed 47 people, and we call on Aqeela Saleh to hand him over. 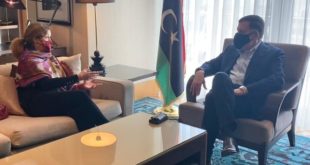 Al-Sarraj and “Williams”: The Tunis Dialogue is a historic opportunity for Libyans for a political solution.

Arabi Al-Jadeed : Turkish mediation between the GNA and Moscow to release the Russian detainees.

With wider representation and greater participation … Libyans will meet in Tunis at the beginning of November to try to end the crisis despite the bidders’ accusations.