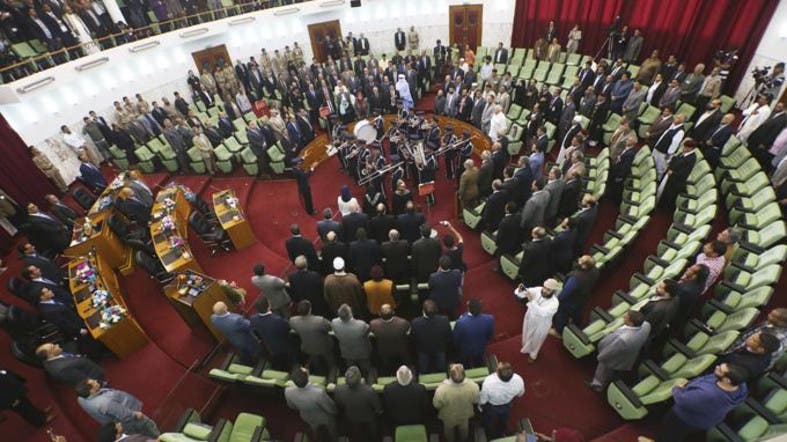 Libya’s Tripoli-based government has split in two over whether or not to back the internationally recognized unity Government of National Accord (GNA), which arrived in the city last week. On April 5, some 70 members of the General National Congress (GNC) — the unrecognized Islamist government that has operated out of Tripoli since August 2014 — voted to amend Libya’s constitution so that the United Nations’ peace plan could be approved. The lawmakers then promptly resigned and shifted their support to the GNA.

Since then, the GNC’s president and prime minister have denounced the vote and threatened to challenge the constitutional ruling in Libya’s Supreme Court.

The positions of GNC President Abu Sahmain and GNC Prime Minister Khalifa Ghwell have been severely undermined by the rise of the U.N.-backed GNA, especially since many western Libyan militias have thrown their support behind GNA Prime Minister Faiz Serraj.

In a country where physical force is often needed to wield political influence, the loss of the militias’ loyalty has been a particularly heavy blow to both men’s power. Moreover, Serraj’s appeals for cooperation from major institutions in Tripoli, including the national oil company and central bank, appear to be working. The Central Bank of Libya has already ordered its regional offices to enforce Serraj’s call to freeze the bulk of public bank accounts.

Though the GNA continues to gain traction in the country’s west and south, its quest for support in the east has stalled. On April 4, the Tobruk-based House of Representatives once again failed to reach a quorum to endorse the unity government. According to the original political deal that created the GNA, the unity government was not supposed to be formed until the internationally recognized government at the time — the House of Representatives — ratified it.

However, attempts to secure the Tobruk-based government’s approval have been scuttled by supporters of Libyan Gen. Khalifa Hifter, who is seeking greater influence over the GNA.

Despite the delay, the GNA’s U.N. and Western backers have managed to sidestep the requirement and set the unity government in motion.

But the path to establishing full control over the country will be long and difficult, especially as Hifter’s defiance and sway over the Libyan National Army grows.

Furthermore, the GNC will try to use the House of Representatives’ inaction to increase its own role in the new government. Under the GNA agreement, the Tobruk-based government was to become the unity government’s primary legislative body and the GNC was to become the State Council — more of an advisory board than a fully functioning legislature. Now, the GNC faction that has resigned from the Tripoli-based government has been incorporated into the State Council, and it will likely try to press for even greater responsibilities while Libya’s governments remain divided.