Home / Politics / Guterres presents to the Security Council the appointment of the Slovakian “Jan Kubis” as the UN envoy to Libya. 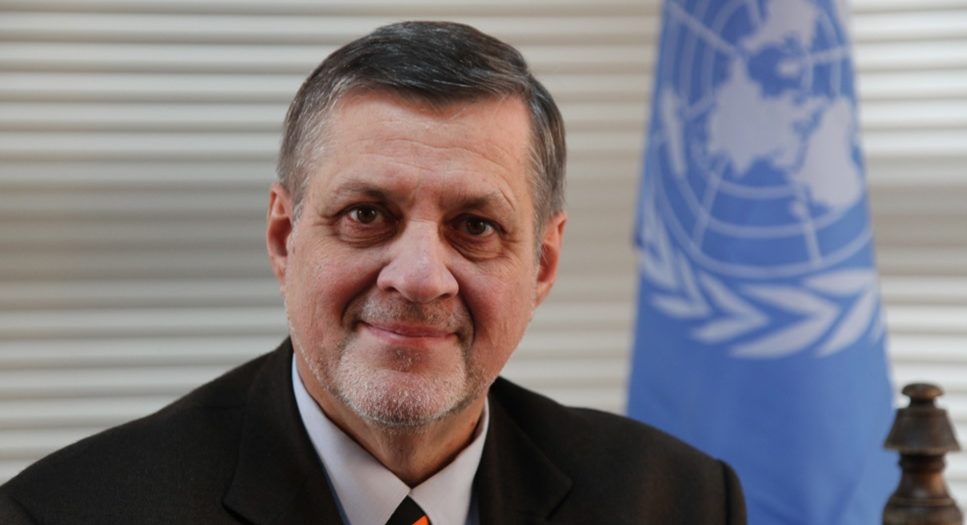 Guterres presents to the Security Council the appointment of the Slovakian “Jan Kubis” as the UN envoy to Libya.

The Russian “TASS” news agency confirmed, on Friday, that the Secretary-General of the United Nations, “Antonio Guterres,” suggested to the UN Security Council the appointment of the Slovak diplomat, “Jan Kubis”, as the new UN envoy to Libya.

According to TASS sources, UN diplomats confirmed that there were no objections from members of the UN Security Council to Kubis’s nomination, expecting that the Council would approve his appointment on Friday.

It is worth noting that the Slovak candidate, “Jan Kubiš,” held the position of the UN envoy in Iraq and Lebanon during the previous years. Source: Russia Today

0 Points
Upvote Downvote
Previous NATO: The Russian military presence in Libya is worrying, and we are watching it closely.
Next Learn about the American presidents who faced impeachment.