Expectations of the Security Council issuing a resolution on Libya tomorrow, Thursday.

The permanent representative of Vietnam to the United Nations and the President of the Security Council, “Dang Din Kue,” said on Wednesday that the meeting of the Council on Libya was postponed until Thursday, stressing the continuation of consultations in the corridors of the Council to issue a resolution on Libya.

“Kue” added, in statements carried by the Russian agency “Sputnik”, that they are awaiting the speedy aproval of a resolution that strengthens the results of the Berlin Summit on Libya.

On Monday, German Foreign Minister Heiko Maas confirmed that his country would continue to work to aprove a resolution in the Security Council confirming the principles of settling the conflict in Libya, which was adopted at the Berlin conference.

Previous Erdogan: Hifter is getting help from “Wagner” and he is not interested in a political solution.
Next Sudan asks the UAE to return its sons it recruited to fight from Libya.

Bashagha and Siala discuss prospects for joint cooperation in Qatar, and the interior ministries in the two countries’ sign a security cooperation memorandum.

NATO welcomes the ceasefire agreement in Libya and demands that it be respected.

Lavrov: The joint efforts between Moscow and Ankara succeeded in reaching the ceasefire and the resumption of oil. 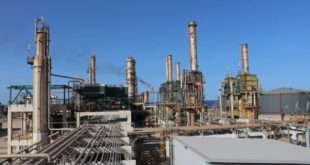 National Oil Corporation: End of all closures of oil fields and ports.

Supreme State Council: The French President’s “irresponsible” statements are an insult to more than a billion and a half Muslims.

On Sunday, the Supreme Council of State described the statements of the French President, “Emmanuel …