The operations room for Albinyan Almarsos (Operation Strong Foundation) announced that their troops have advanced on all axes around the administrative borders of Sirte after heavy clashes with ISIS militants on Wednesday, which killed three and injured over ten soldiers.

”Our forces are advancing in all directions inside the administrative borders of the city of Sirte after pounding with heavy artillery groups of ISIS militants yesterday and today at dawn,” the military announced on its Facebook page.

The Libyan army also announced that they have now taken full control of the Al Khaleej steam power plant which is around 15 kilometres west of Sirte, adding that the hospital ‪in Misrata “received three martyrs and 10 wounded” soldiers after the fierce clashes.

On Tuesday, the Government of National Accord’s (GNA) forces carried out eight airstrikes against ISIS forces in Wadi Jarif and took over the area on Wednesday.

The capture of the power plant follows the liberating of two coastal towns, Ben Jawad on Monday and Nawfiliya on Tuesday, by the Petroleum Forces Guards (PFG) who are allied with the GNA.

The PFG are located in the east and protect the El Sider and Ras Lanuf oil terminals, which have been targeted by the extremist group in the past.

The spokesman for the PFG, Ali al-Hassi, said that PFG forces were advancing toward the town of Harawa, 50 kilometers east of Sirte, where ISIS militants retreated after Tuesday’s clashes.

On Tuesday, the Libyan army announced that they had established a new operations room in the area between Ajdabiya and Sirte to facilitate the military campaign against ISIS in the east, which is headed by Colonel Yousef Rajeb Ageela.

It was expected that General Khalifa Haftar’s militia would be attacking ISIS held Sirte from the east after he announced a separate campaign against ISIS earlier in May, however he has yet to do so. 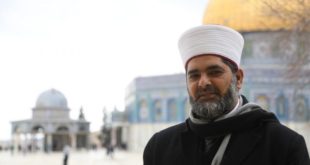 Director of Al-Aqsa Mosque: More than 300 people were injured during the ongoing confrontations in the mosque’s courtyards.

The Security Council holds a session on Monday to discuss the reports of the expert teams on Libya.

Tunisia calls for a Security Council session due to the events of Al-Aqsa Mosque.